At 8:30 AM, we depart from the hotel to the Archaeological Park Entrance to purchase entry passes.

Continue to explore Angkor Wat, constructed over a period of 30 years during the reign of King Suryavarman II [AD1113], by some measures it is the largest religious complex in the world. Originally a Hindu mountain temple aligned to the spring equinox, around the C16th it was converted to a Theravada Buddhist monument, a capacity in which it continues today.

Explore the well preserved central complex and detailed bas-reliefs depicting scenes from Hindu mythologies and battles of the ancient empire. The beauty in balance and composition, combined with its sheer vast scale ensure Angkor Wat’s place as the crowning achievement in Khmer art and architecture. This is truly one of travel’s remaining great adventures.

Temple of the Forest

After lunch break, we explore Ta Prohm, one of the largest Angkor temples Ta Prohm built under King Jayavarman VII in the late 12th century. It was originally dedicated to the King’s mother in the Buddhist style but later converted to the Hindu style. Many of the figures of Buddha in niches were destroyed in the process and some converted to Shiva Linga (Hindu). The temple has remained in its collapsed state, part hidden by jungle and is most famous for the interplay between the giant tree roots and the stonework. Take your time to walk through the temple from the West entrance to the East entrance to meet again with our driver (walk 1–2 km).

In the afternoon, travel across ancient reservoirs (long since devoid of water), through pretty villages and rice paddies to Banteay Srei (constructed AD 967) some 37KM from Siem Reap. This beautiful pink sandstone temple is well-known for its intricate carvings, of which hardly any space is left untouched and its perfect state of preservation. On your way back to town, visit the temple of Pre-Rup. 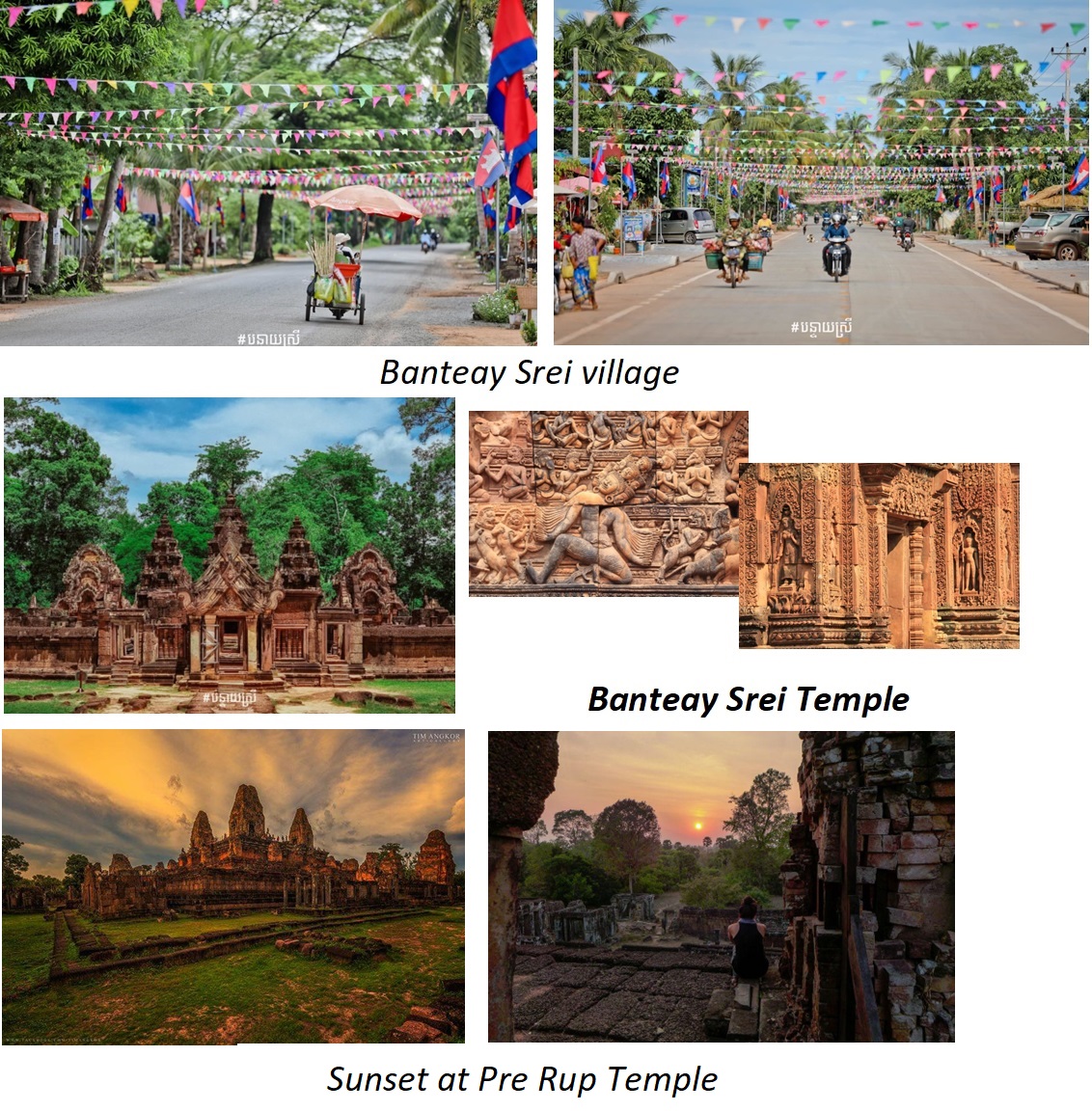